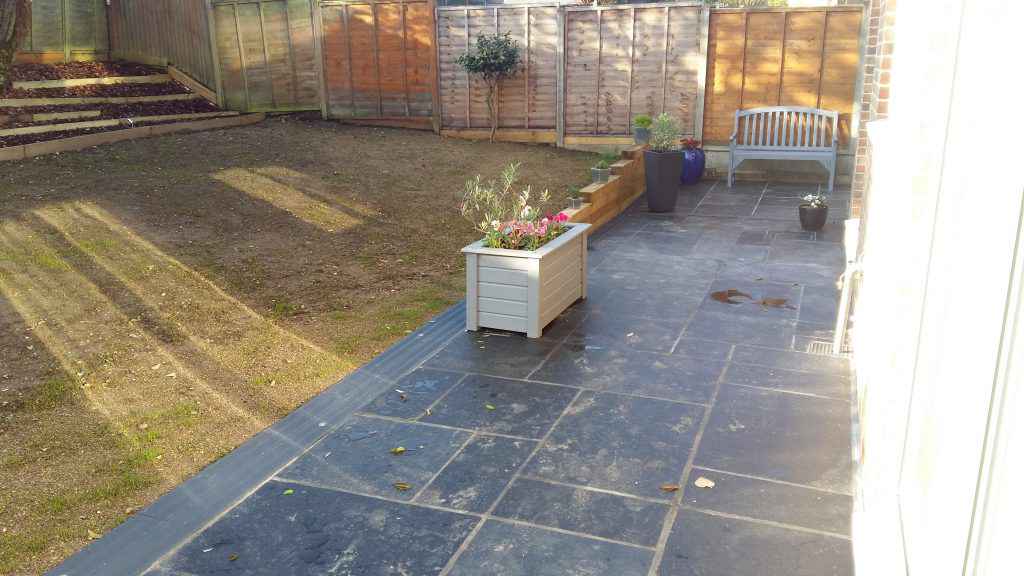 With all the structural and hard landscaping complete with our garden project it is now time to tackle the lawn and turn it from a patch of brown mud into a lush green lawn.

The area to be seeded has been previously graded, tilled, de-stoned and then raked and rollered to form a smooth base for the grass seed to be applied. It is now just after the middle of October so getting pretty late in the year to be putting grass seed down but hopefully a few weeks of reasonably mild weather with temperatures around 7 degrees or above during the day should give the grass seed enough warmth to germinate and start to grow before the really cold winter weather starts to set in.

Two types of seed were scattered over the area to be lawned. One that was fast growing with an inhibitor to help deter the birds from eating the seed and one that would provide strong growth and a dense lawn later on. The two types of seed combined provided for a mixture of perennial ryegrass and fine fescues. Both seeds contained calcium and nitrogen to act as a feed for the lawn to help it grow in the early stages. The seed was well watered for the first few days and then it has been fairly rainy since so no more watering has been required.

After a couple of weeks, the seed started to germinate with signs of little green shoots beginning to burst through the soil into the crips of late autumn air. The weather has been reasonably kind over the past few weeks in that there have only been a couple of light frosts but nothing too cold which has given the seed a chance to get a foothold before winter. Now in the middle of November, there are the beginnings of a green carpet start to appear.

Enhance your property by laying a new patio – part #2